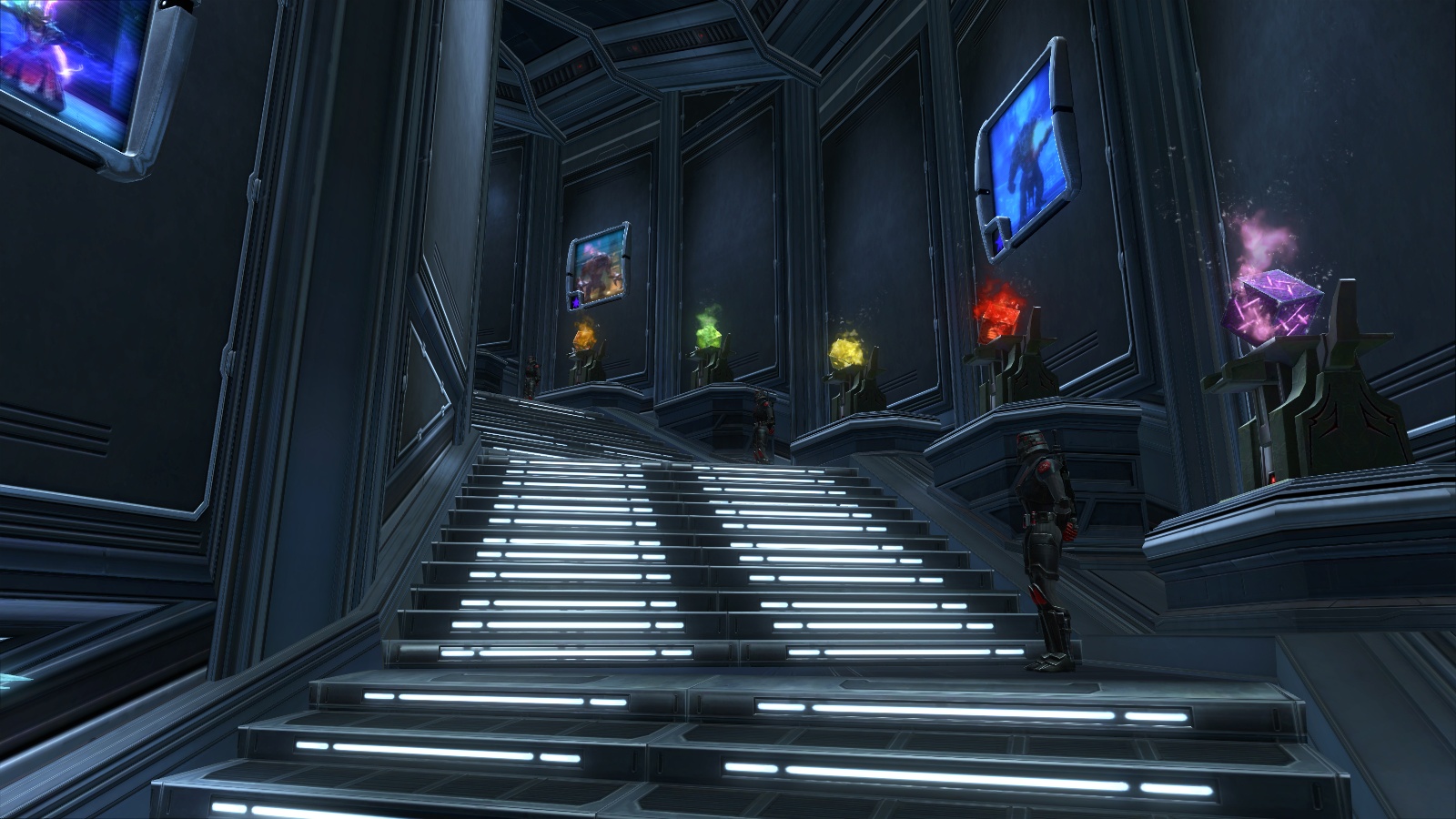 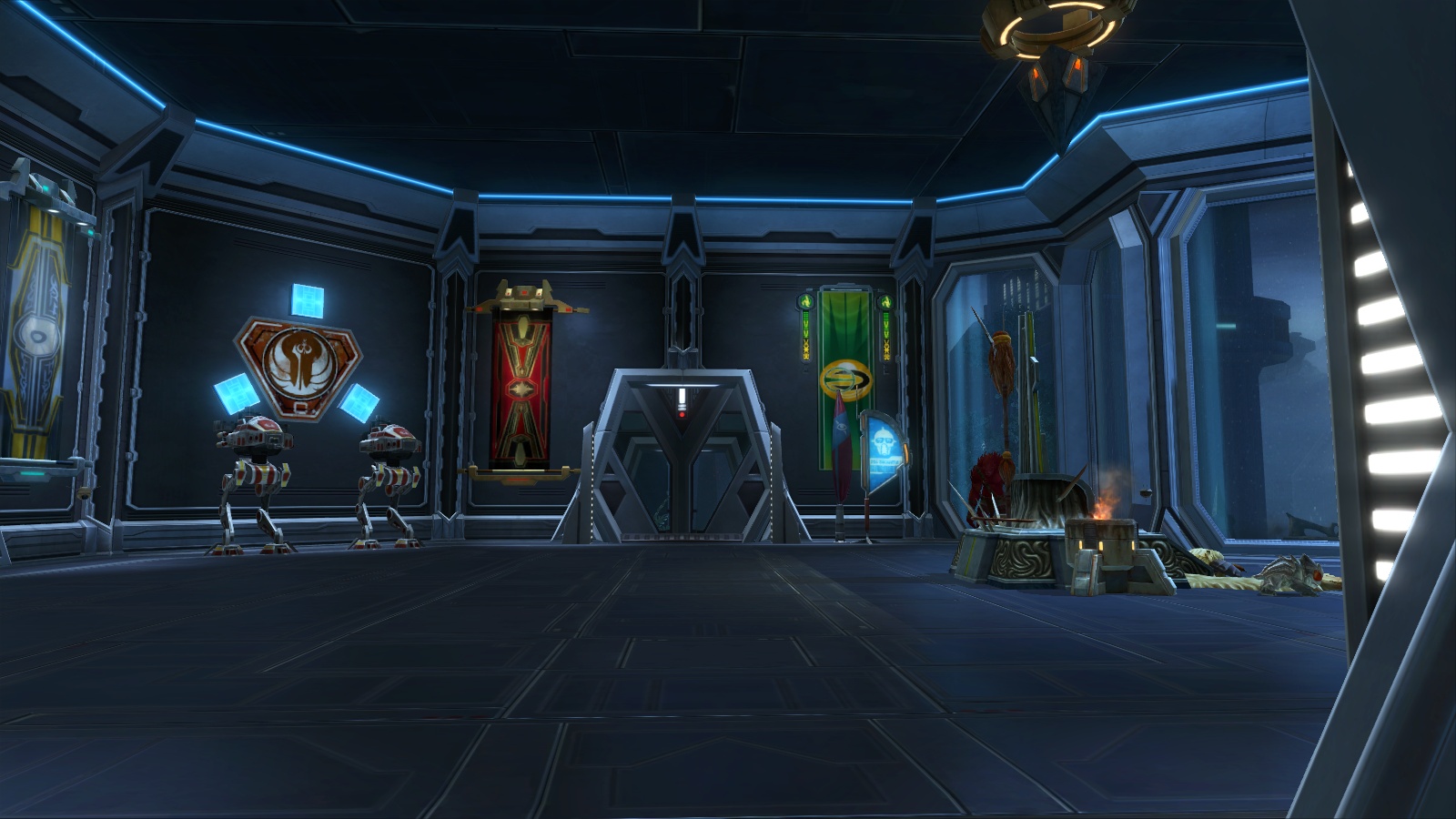 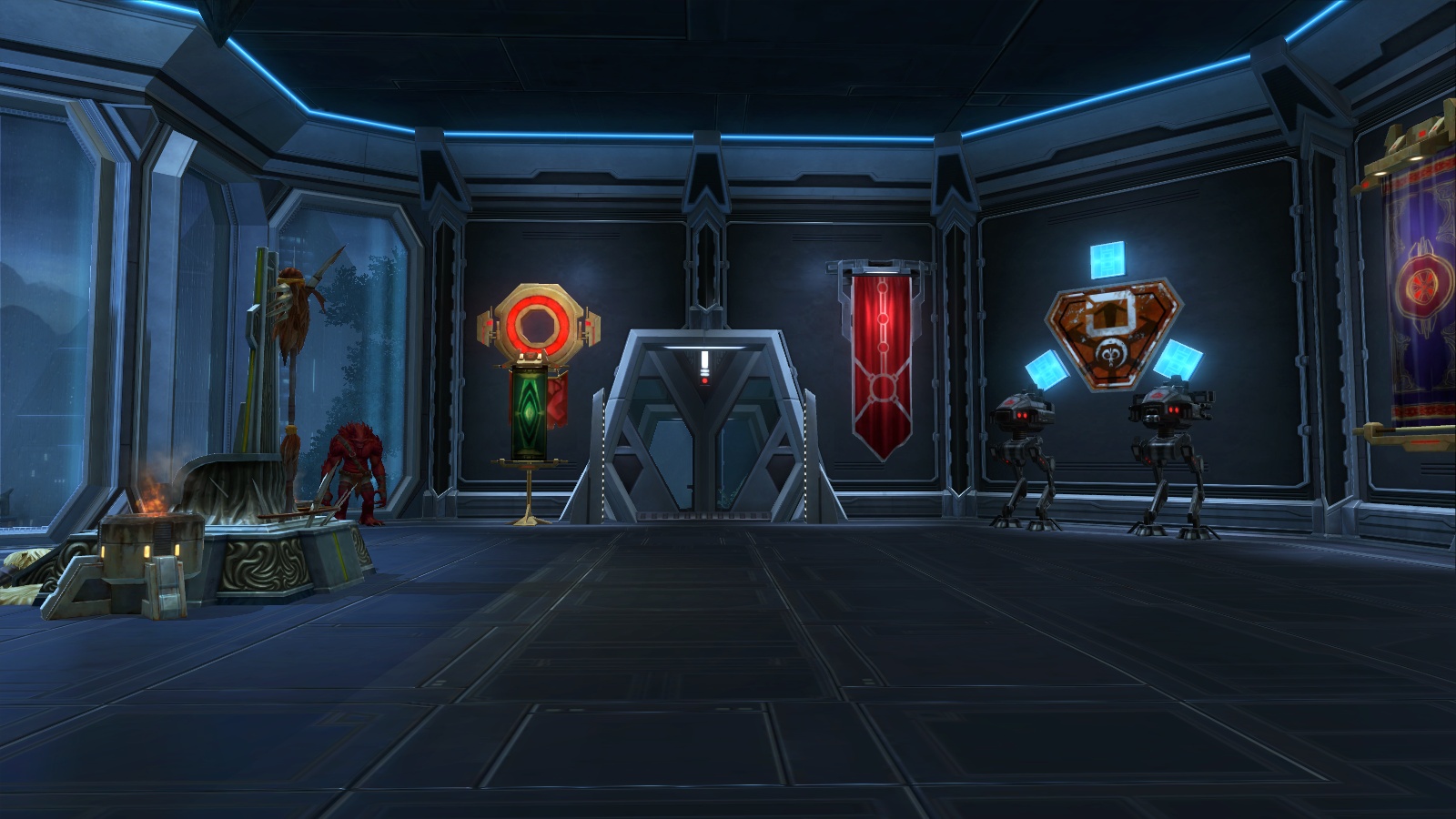 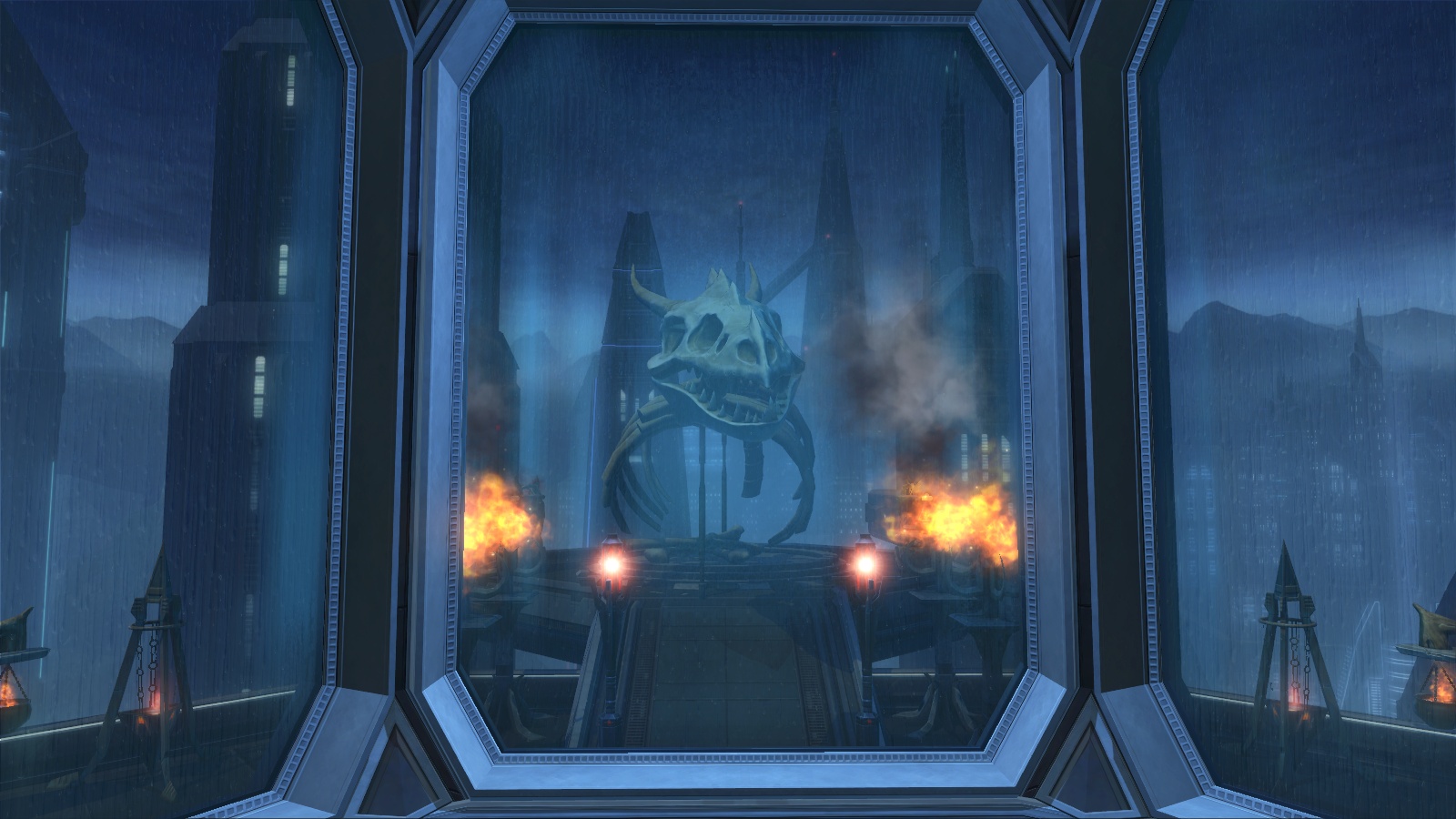 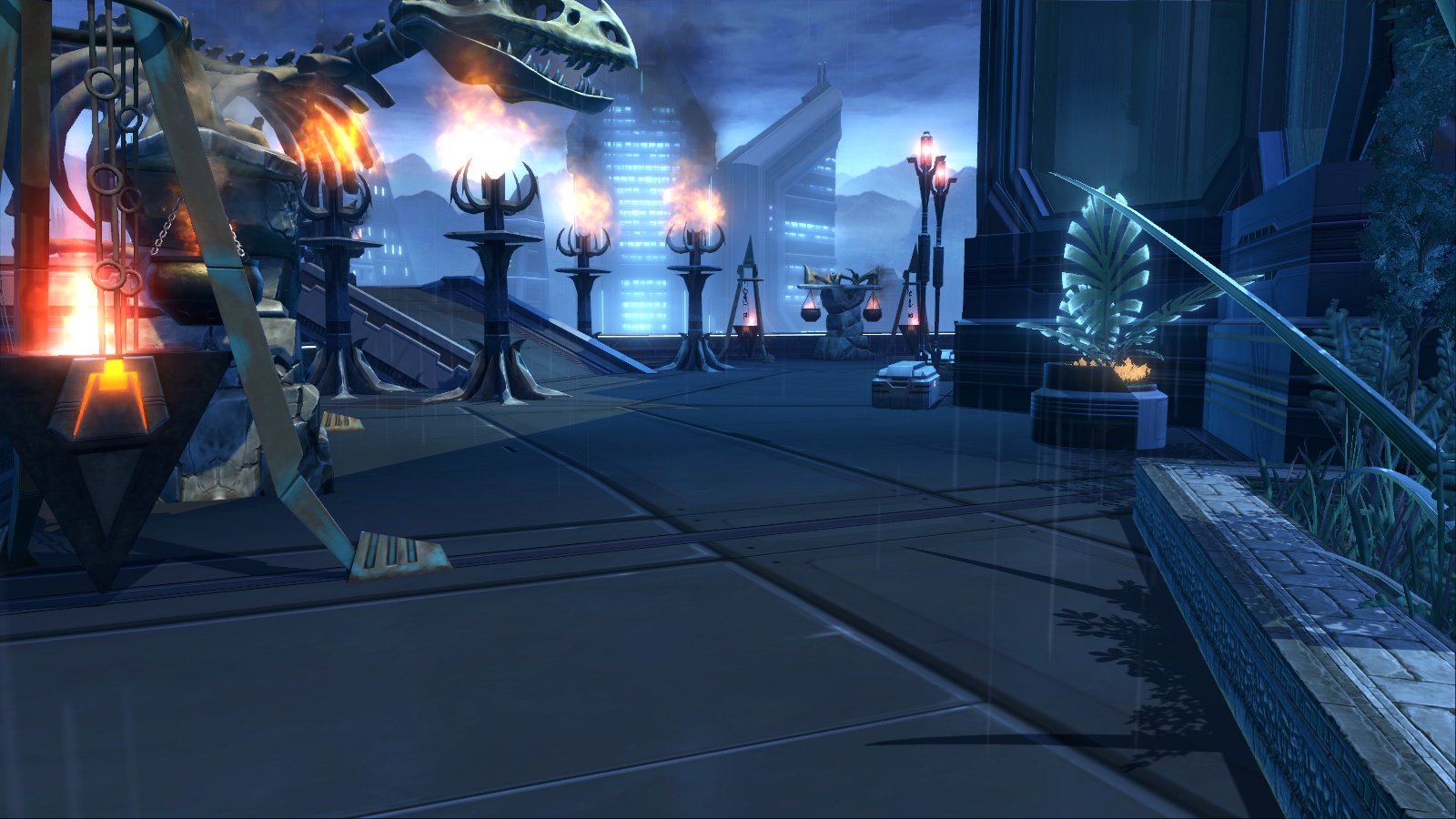 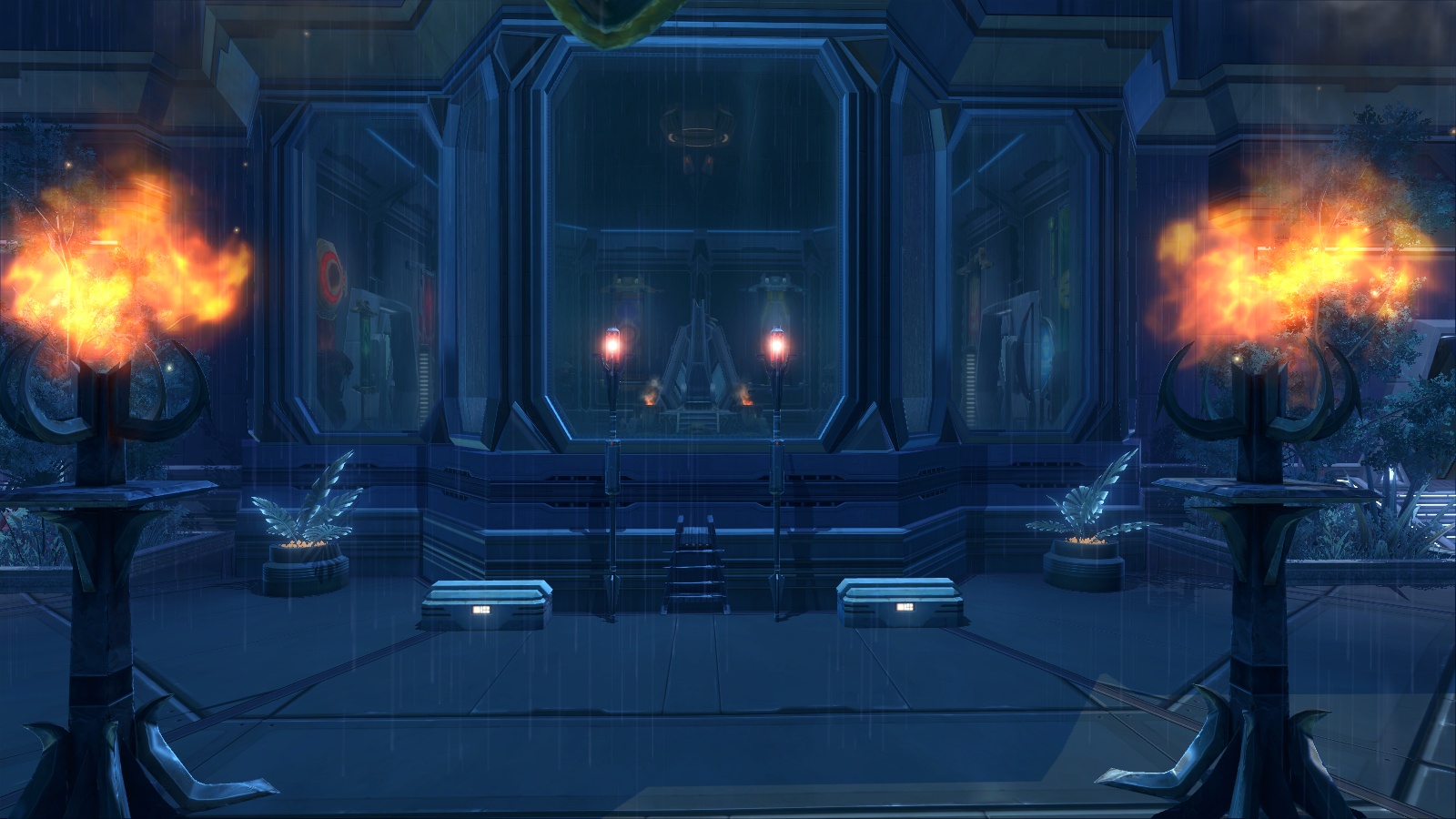 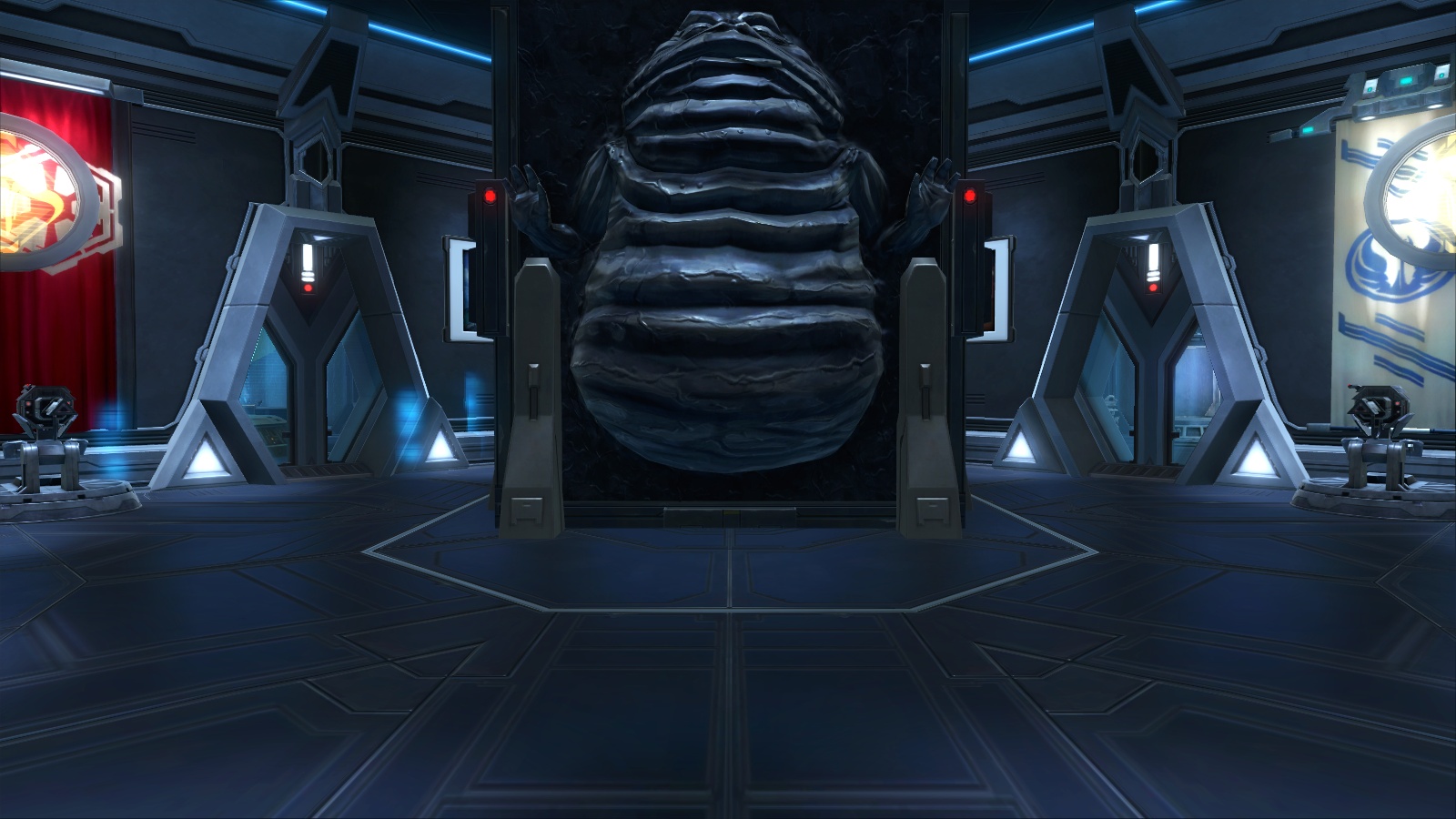 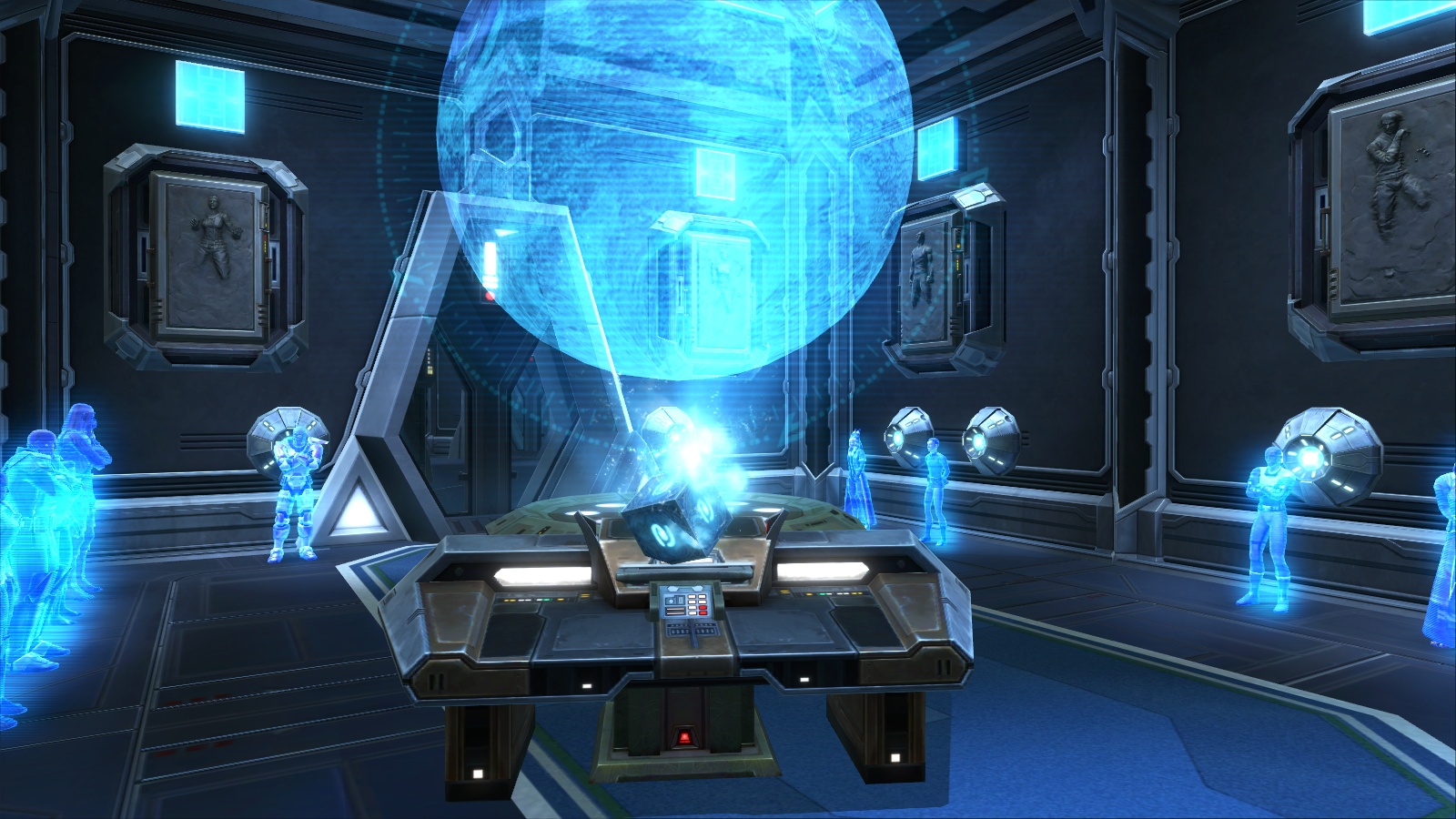 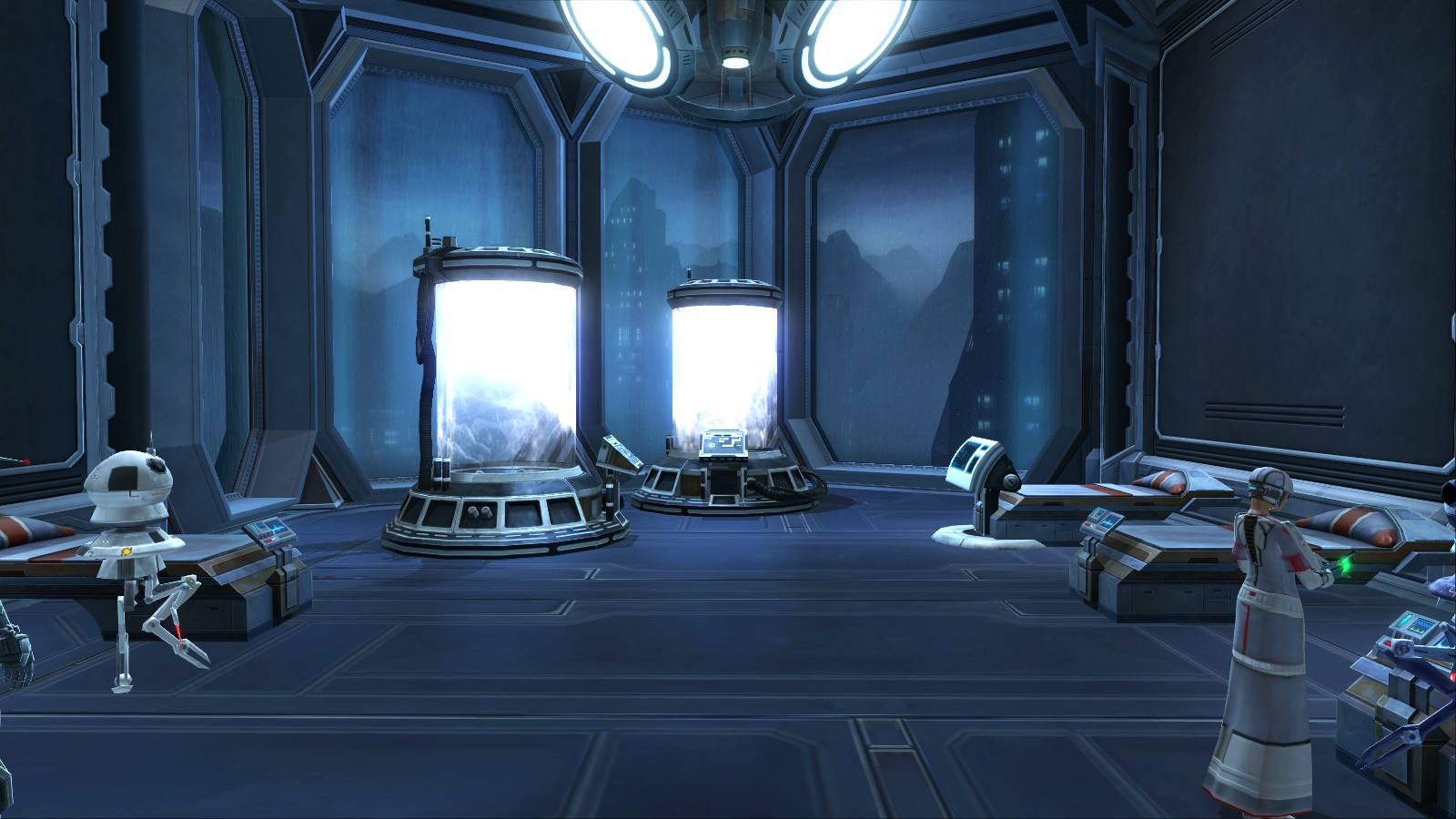 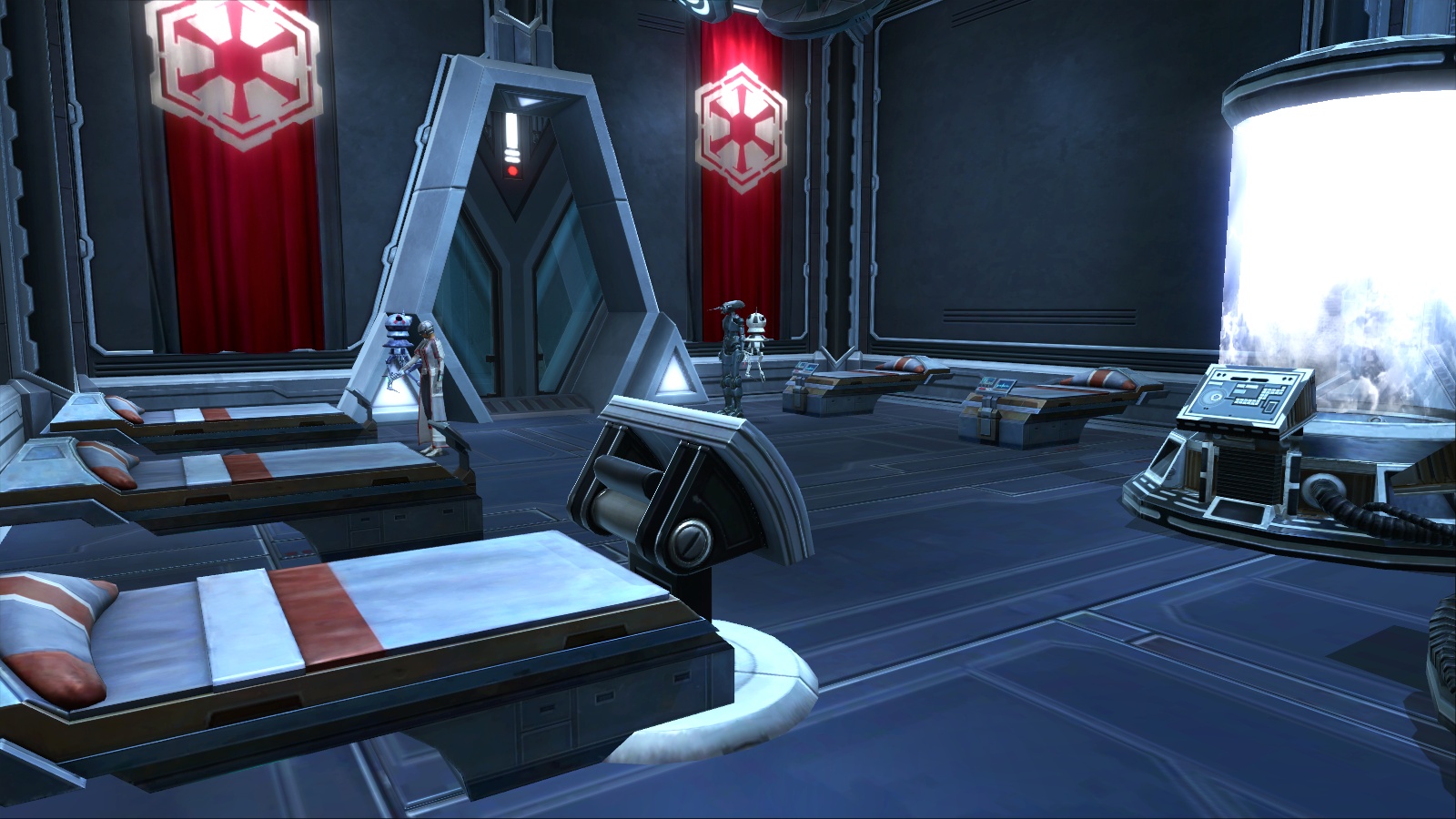 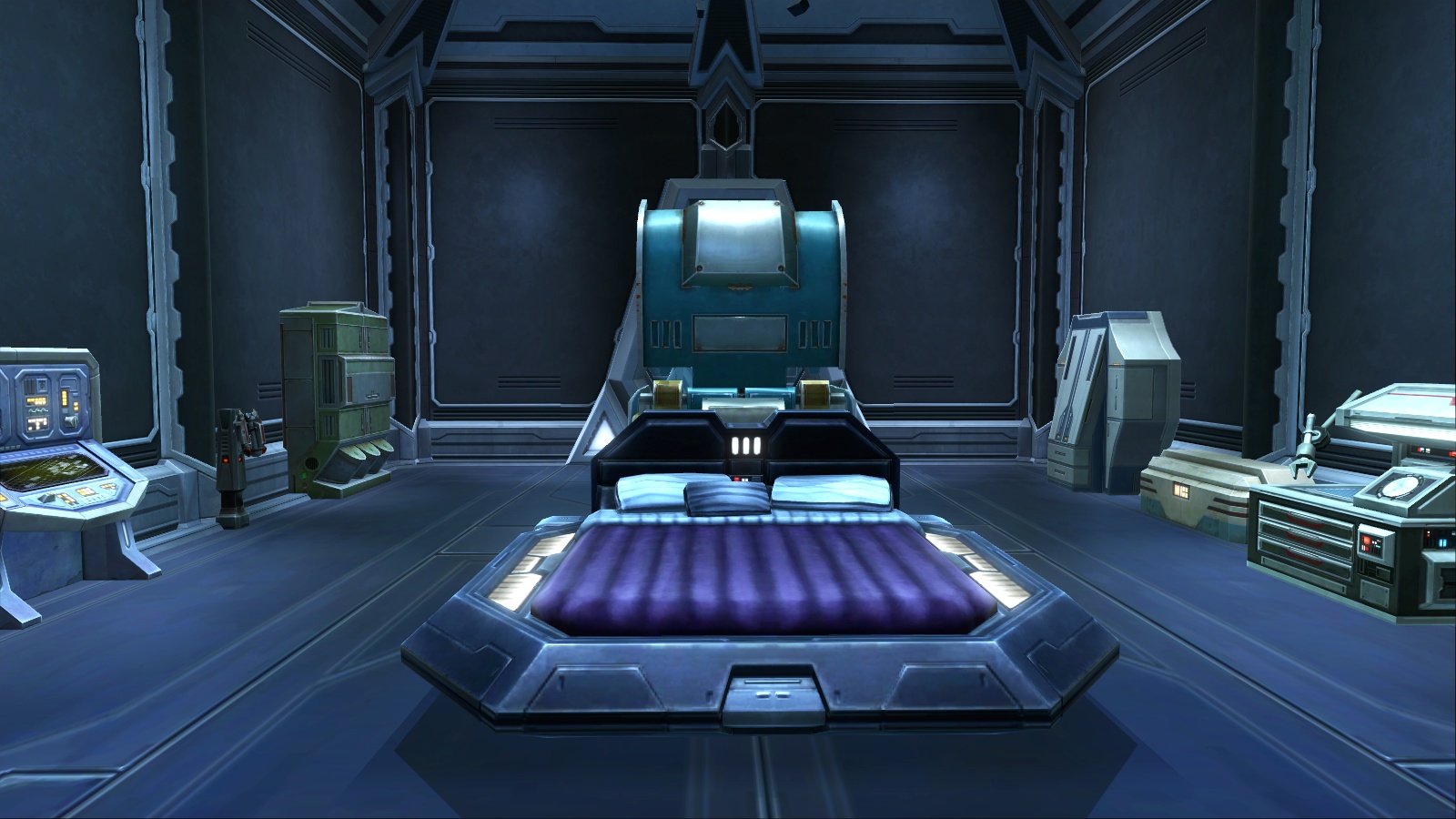 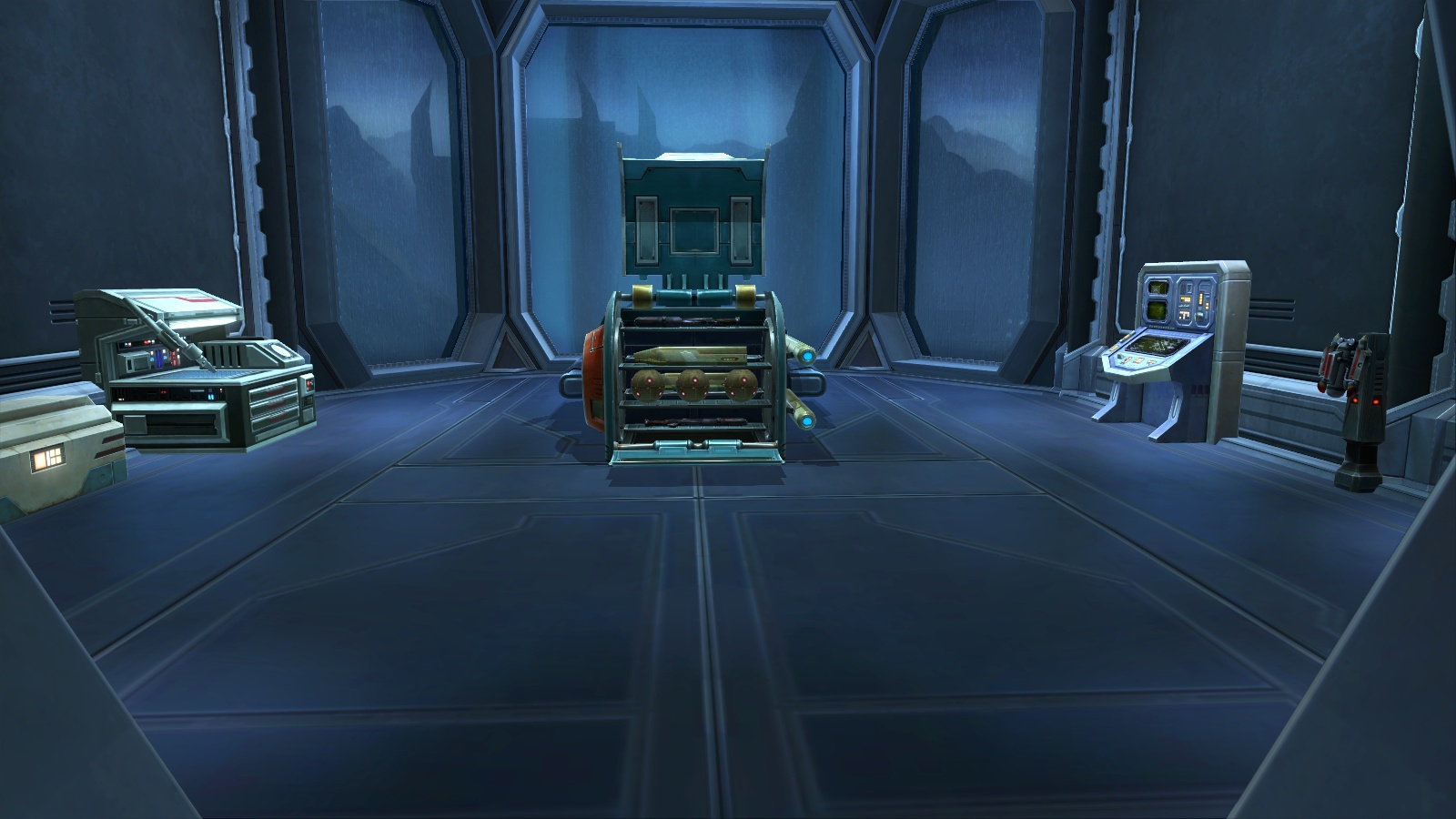 Actually, not only a Stronghold, but also Training Grounds for the most promissing imperial soldiers and agents. The test are too hard for those, who were not born as a mandolorian, so a lot of students leave that place (some even in boxes), but still, through injuries and hard work some prevail and join the elite forces of the Empire. Ofcorse, the second floor is mostly off limits (turrets and HK make sure of that) except for special guests and injured trainees (who can only enter the medical bay) due to the facilities there.
Pic 1 – the ladder with trophies and guards, chosen from tranees
Pic 2-4 – the main trophy room, with the banners of all my completed contracts, trophy walkers and the main trophy on the other side of the mirror, overseenig the proving grounds
Pic 5-6 – the proving grounds, overseen by me and the Kell Dragon
Pic 7 – the Carbonised Hutt and turets, waiting for the unwelcome guests
Pic 8 – private room, with my most beloved bounties and underworld contacts and clients
Pic 9-10 – medical bay, used for treatment of injured tranees and assemble me from parts after a hard contract
Pic 11-12 – bedroom with equipment and a modification worktable

This website uses cookies to improve your experience while you navigate through the website. Out of these, the cookies that are categorized as necessary are stored on your browser as they are essential for the working of basic functionalities of the website. We also use third-party cookies that help us analyze and understand how you use this website. These cookies will be stored in your browser only with your consent. You also have the option to opt-out of these cookies. But opting out of some of these cookies may affect your browsing experience.
Necessary Always Enabled
Necessary cookies are absolutely essential for the website to function properly. This category only includes cookies that ensures basic functionalities and security features of the website. These cookies do not store any personal information.
Non-necessary
Any cookies that may not be particularly necessary for the website to function and is used specifically to collect user personal data via analytics, ads, other embedded contents are termed as non-necessary cookies. It is mandatory to procure user consent prior to running these cookies on your website.
SAVE & ACCEPT
wpDiscuz
0
0
Would love your thoughts, please comment.x
()
x
| Reply
%d bloggers like this: